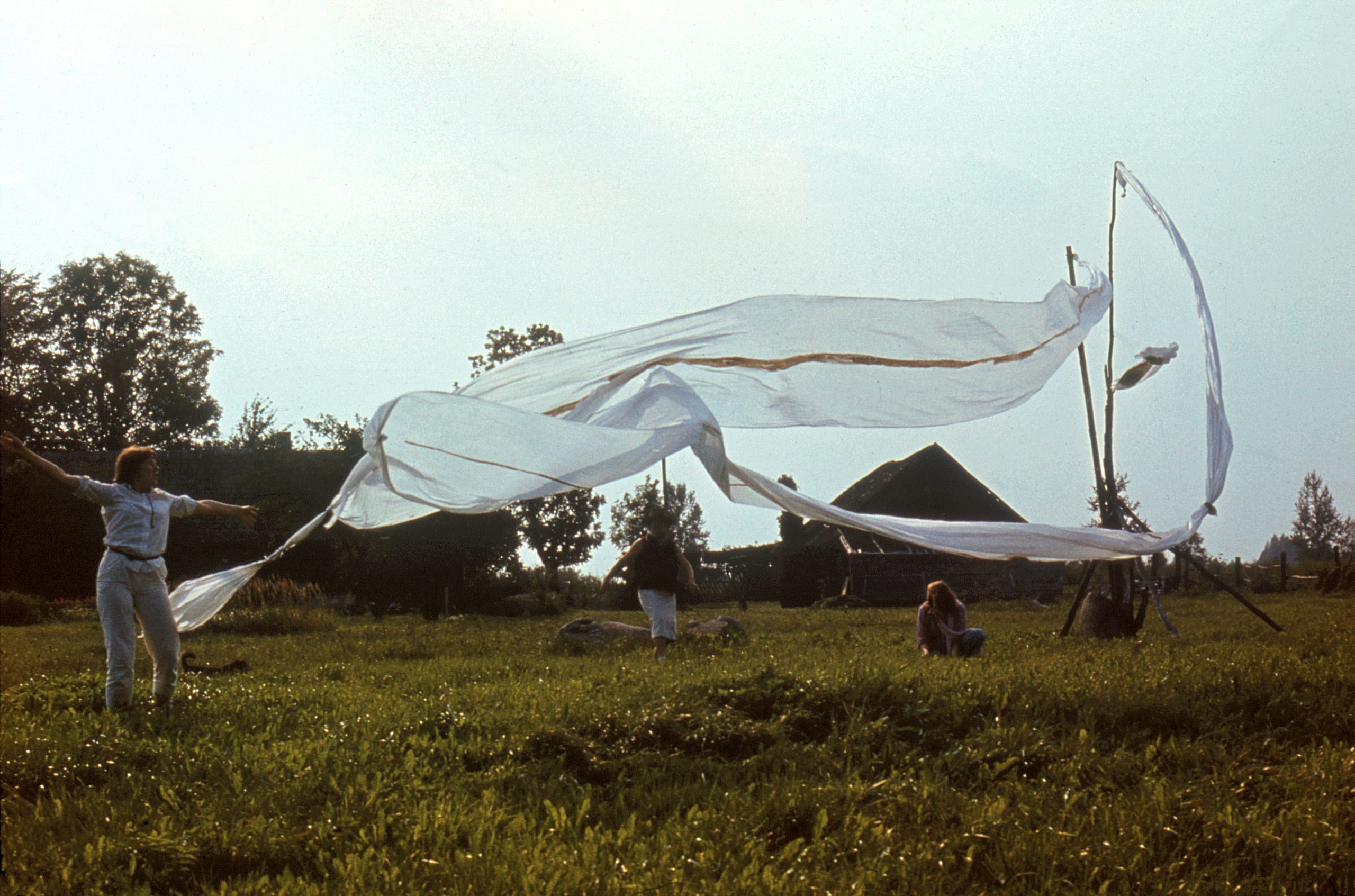 Kazimiera Zimblytė (Kazė, b. 1933, Briedžiūnai village – d. 1999, Vilnius, Lithuania)
lived and worked in Vilnius and Briedžiūnai village, Lithuania. A graduate of the Vilnius
State Art Institute (today, the Vilnius Academy of Arts) specializing in textile, she was
one of the first women artists to enter the exclusively male world of Lithuanian painting
and to challenge the canon of Socialist Realism and offer her own vision of Western art.
In the early 1960s, she successfully created textile projects for mass production, but
several years later she gave up a career in applied art along with the social security that it
provided, and switched her focus to abstract painting and installations, which was
frowned upon by Soviet ideologists. It was not officially recognized during the Soviet
era. Her paintings were exhibited in informal spaces (the exhibition in the Vaga
publishing house in Vilnius in 1968 was closed a day after it opened), and the private
homes of Judita and Vytautas Šerys in 1969 and 1970, and Marija and Vladas Vildžiūnas
in 1978 and 1979 in Vilnius.
The artist’s first site-specific installations were held in her native village of Briedžiūnai
and the house of Marija and Vladas Vildžiūnas (Jeruzalė Garden) in 1978 and 1979.
Zimblytė’s first official exhibition took place in the Art Exhibitions Palace in Vilnius in
1988. After Lithuania regained independence, the artist collaborated with the one of the
first private galleries Lietuvos Aidas.