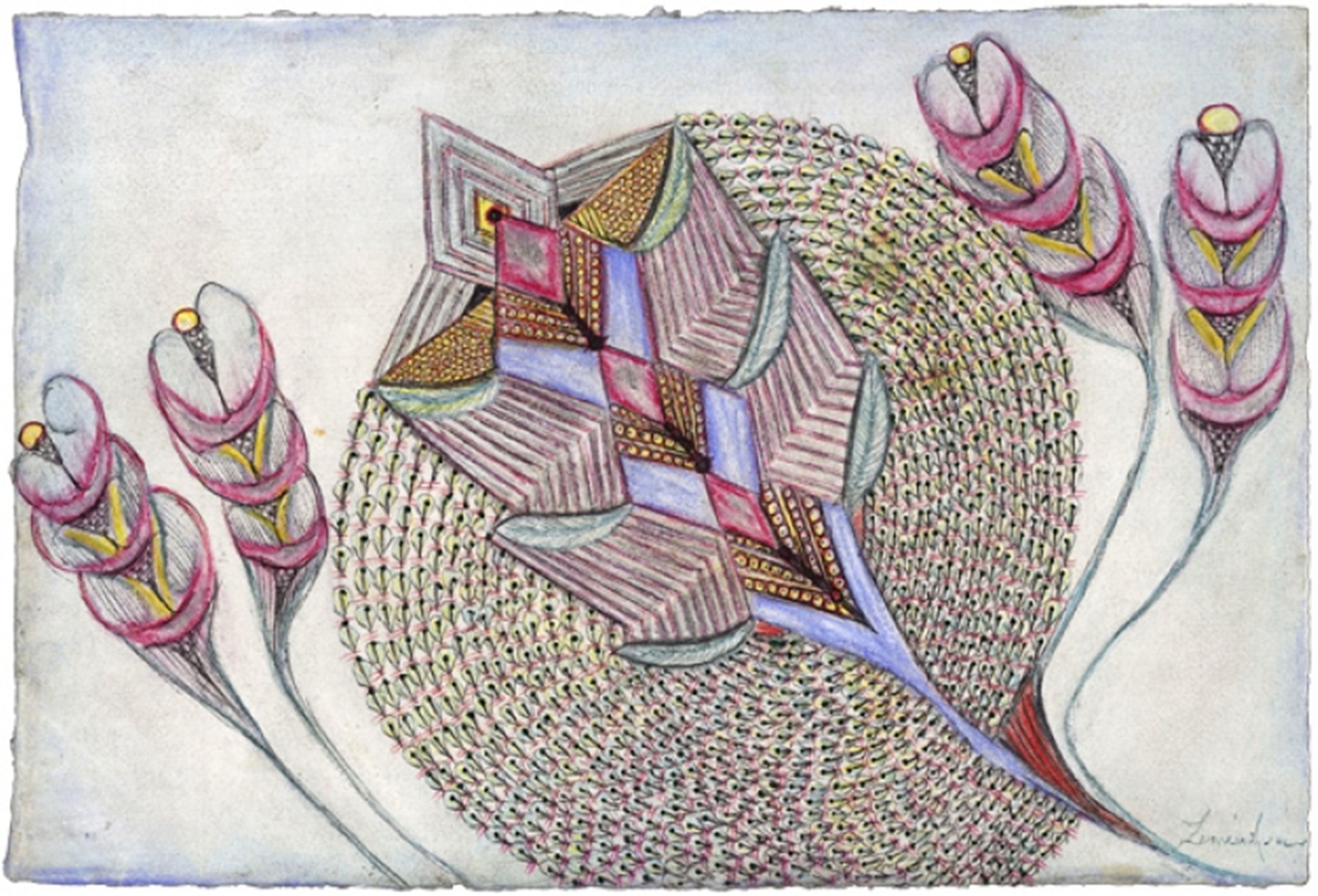 Anna Zemánková (b. 1908, Olomouc, Czech Republic – d. 1986, Prague, Czech Republic) was a self-taught Czech painter, draftswoman and pastel artist. After leaving school, she worked as a dental technician before getting married and having two children with the army officer Bohumir Zemanek. In 1948 she moved with her family to Prague but later, aged 52, sank into a state of depression. That was when she started to produce her first paintings. These permitted her access to a parallel world that, according to her, was more rewarding than the real world. She had the feeling of harnessing magnetic forces that usually elude representation. This belief made her somewhat similar to spiritualist creators. Her works were featured in a group show at London’s Hayward Gallery in 1979 and shown at the Venice Biennale in 2013.