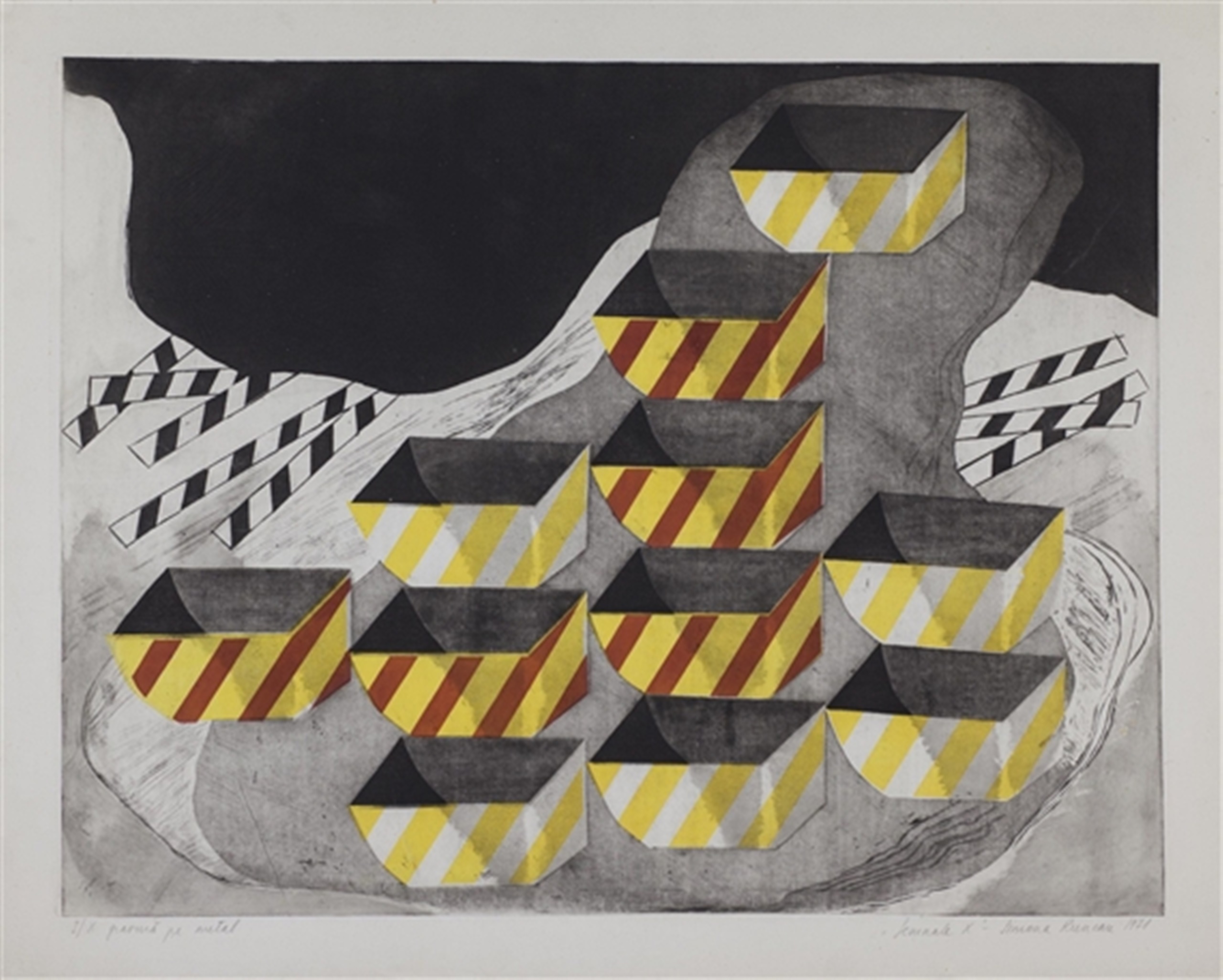 Simona Runcan (b. 1942, Bucharest, Romania – d. 2007, Bucharest, Romania) studied at the Nicolae Grigorescu Fine Arts Institute in Bucharest, where she graduated in 1966 from the Graphics Department.  Her graphic works, objects, paintings and installations explore in a processual, serial and cyclic manner various themes and working means, from the ‘60s-‘80s experimental, conceptualist graphics to the more tradition-oriented painterly approach which she embraced after 1990. They have been shown in national and international solo and group shows in Europe and South America, in Engraving Biennials in Paris, Prague or Oslo, among others. In 2016, the Palatele Brâncovenești Cultural Centre (Mogoșoaia, Romania), showcased an extensive retrospective exhibition with a joint monographic publication.