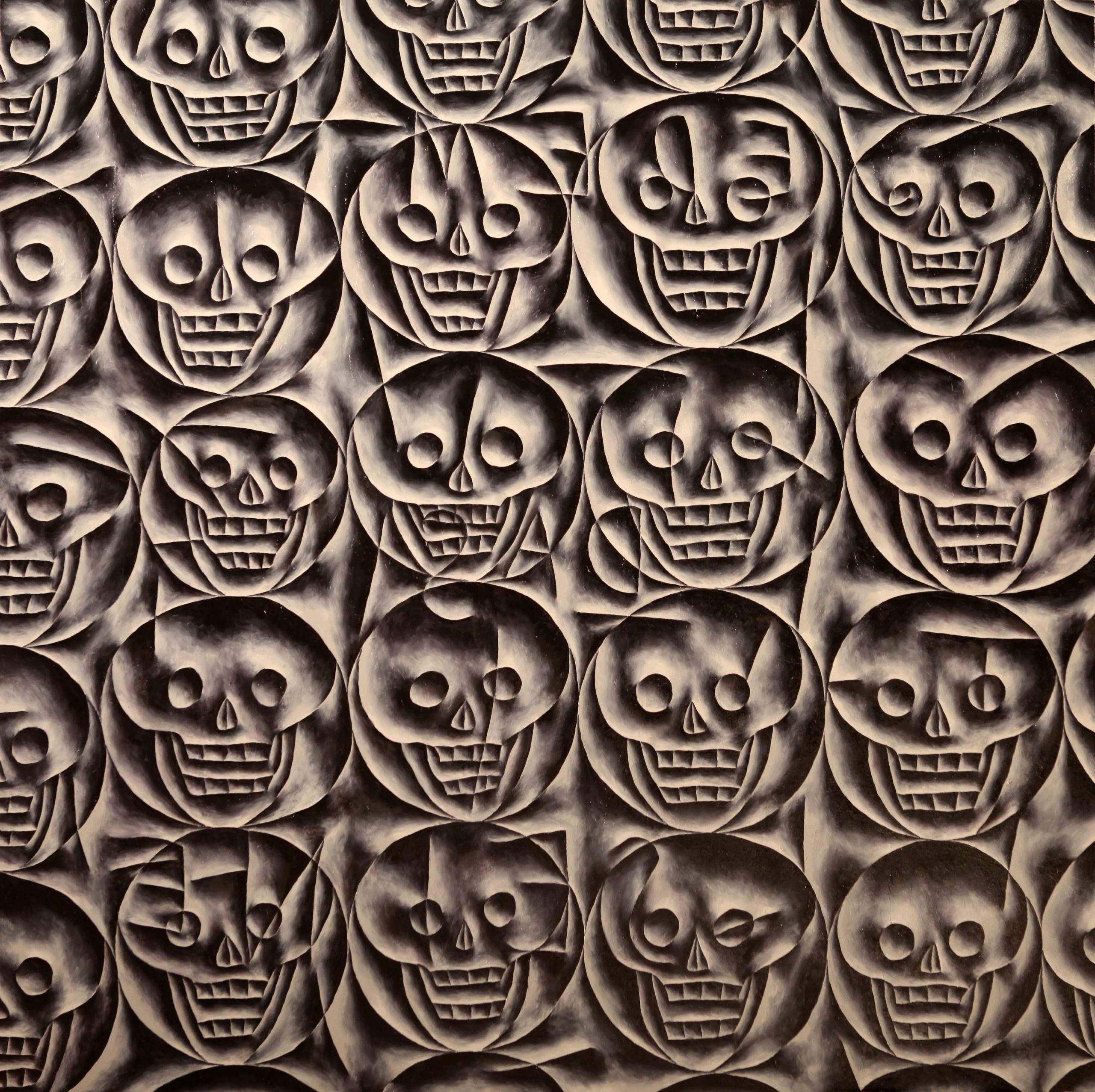 Gili Mocanu (b. 1971, Constanța, Romania) graduated from the National University of Arts Bucharest in 1999 and received his Master’s degree in 2000 with the exhibition Gili a murit. Painter, poet, musician, Gili Mocanu is the promoter of total and radical art, radical art for art’s sake and radical art for the market. Since 2008 he has become the local cultural face of one of the world’s leading corporations. Gili Mocanu thinks, composes, paints and sells. He is a brand. He is free and successful at the same time, without compromising. He exhibits at museums and art galleries in Romania, Germany, Austria, America, Portugal and Estonia, and in 2004 he received the Margareta Sterian Prize for plastic creation from the National Museum of Art of Romania. A year later he was nominated for the international Henkel EEC Prize for Art in Vienna.