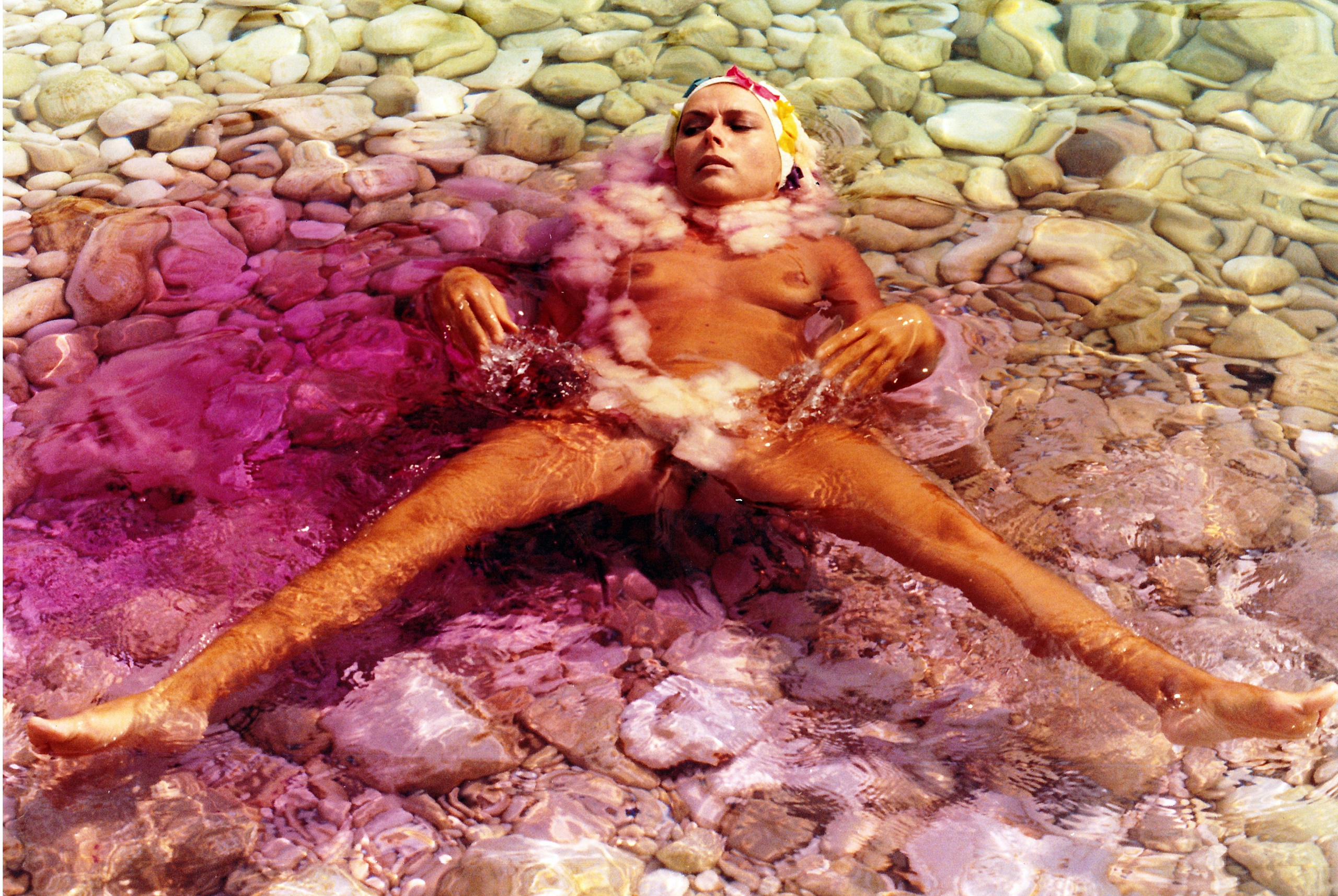 Katalin Ladik (b. 1942, Novi Sad, Serbia) began as a poet, publishing primarily in the Novi Sad Hungarian avant-garde periodical Új Symposion [New Symposium]. A major aspect of her work is feminism: from her earliest performances she used her own body as a medium, creating multi-identities of different sexes and personalities on stage. Ladik made her photographic and video performances in front of the camera, occasionally without an audience. In the 1960s and 1970s, Ladik began to use elements of happening, body art and performance in her verse recitals evoking ancient, shamanistic rituals. In 1973 she became a member of the Bosch+Bosch group in Subotica, and kept working with other artists and artists’ groups, such as the Zagreb music ensemble Acezantez, or members of the Hungarian art scene such as Miklós Erdély and Tamás Szentjóby. After taking part in the 10th International Festival of Sound Poetry in Amsterdam in 1977, Ladik became an important figure of European sound poetry.