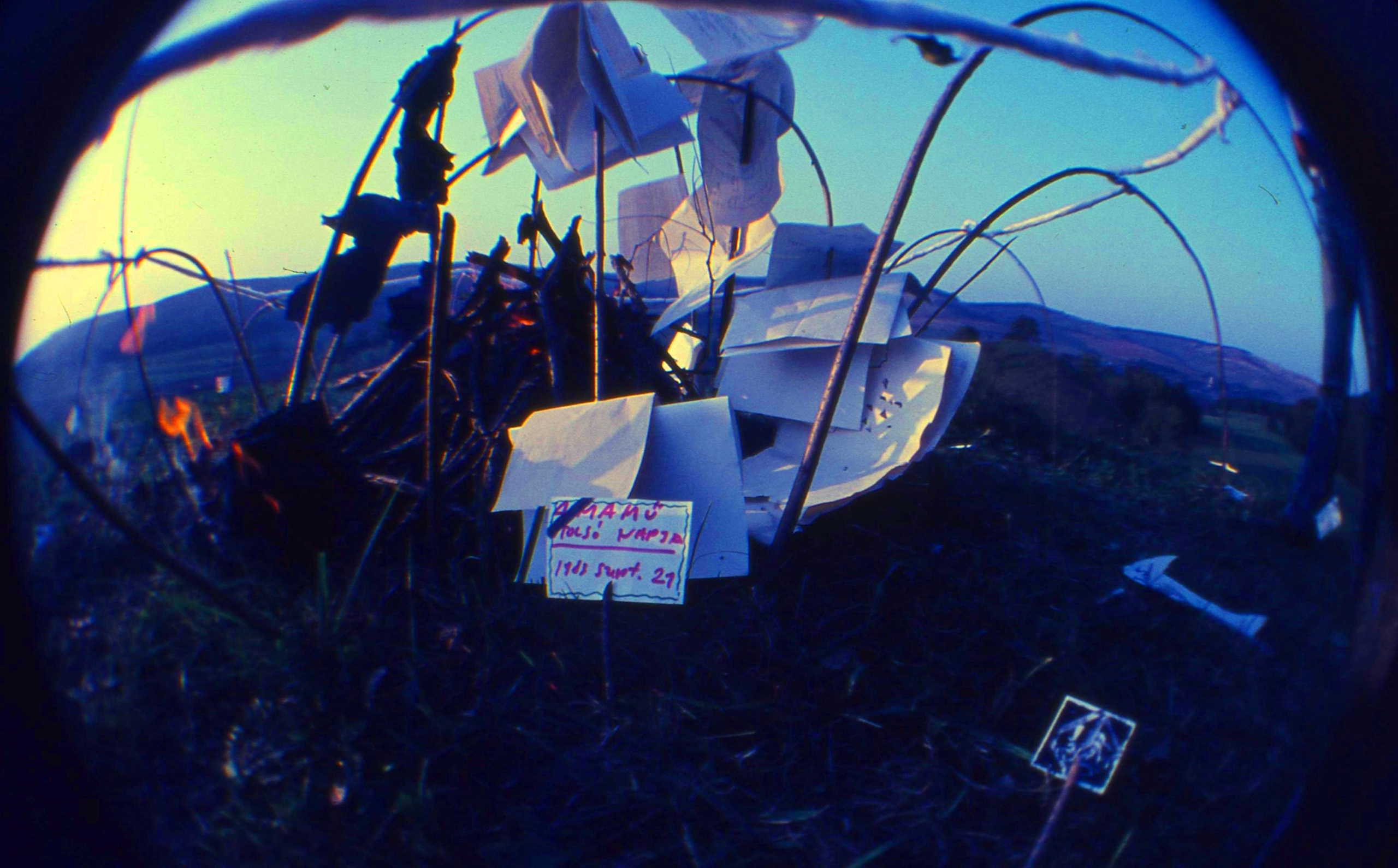 MAMŰ stands for Marosvásárhelyi Műhely (Marosvásárhely Workshop) or “MA születő MŰvek (WORKS in the making TODAY). As it is suggested by the included toponym it refers to an art group in Transylvania (Romania) which was founded in 1978 and worked with the utmost dynamism from 1980 to 1984. The witty allusion to a Workshop (syndicate) producing contemporary works of art is due to Vilmos Ágoston, writer and aesthetician, who used to be the theoretician of the MAMŰ. The Workshop evolved from a group with rather diverse programs which was called the Apollo Creative Youth’s Circle and included graduates and undergraduates of art colleges living in or around Marosvásárhely as well as autodidacts with a claim to be considered artists. The MAMŰ was part of a subcultural Neo-Avantgarde movement with an international approach that spread in the whole Hungarian-speaking area with manifestations – preceding and contemporary – in the art history of Hungary, the neighboring countries and the whole world. The Active members of the MAMŰ have since immigrated to Hungary or are about to do so; others have gone further abroad (to Austria, the F.R.G., Switzerland, France, Israel and the U.S.A.).