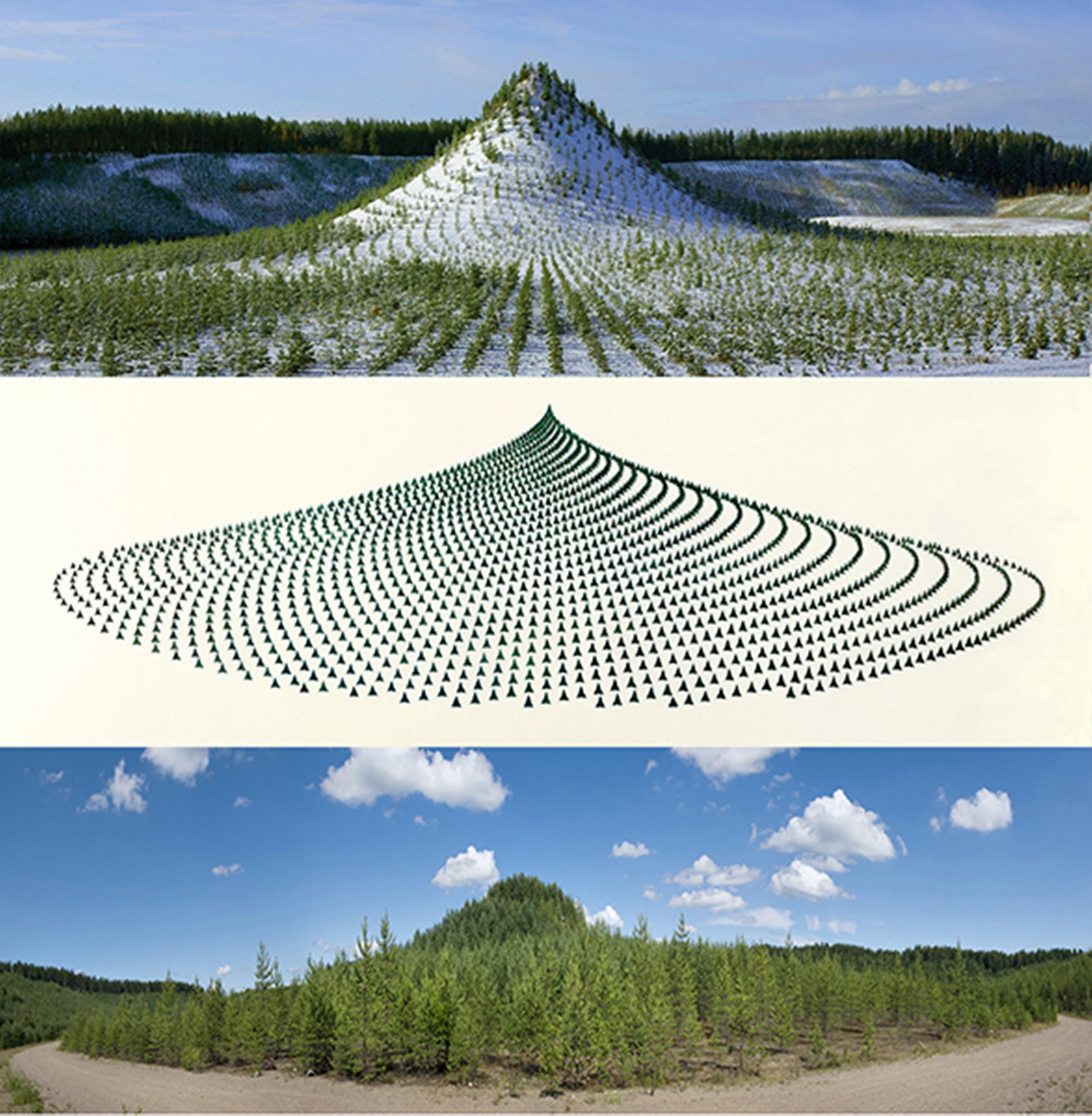 Agnes Denes (b. 1931, Budapest, Hungary) is a Hungarian-born American artist based in New York. In her protean artistic practice unfolding since the sixties she has been embracing philosophy, mathematics, linguistics, psychology, history, sociology, poetry, science and art. Her visual investigations and formulations range from writings, drawings and sculpture to environmental actions, performances and installations.

A pioneer of conceptual and environmental art, she has been voicing the paradox that lays between achievable conditions of global survival and logic demonstrating how, despite being in its centre, we are prisoners of our own system. Her best-known work, Wheatfield – A Confrontation (1982) stands as a visionary and transgressive act, a monument to misplaced priorities questioning controversial global issues and endless contradictions, in which she planted, grew and harvested two acres of wheat on a landfill facing Wall Street and the World Trade Center.