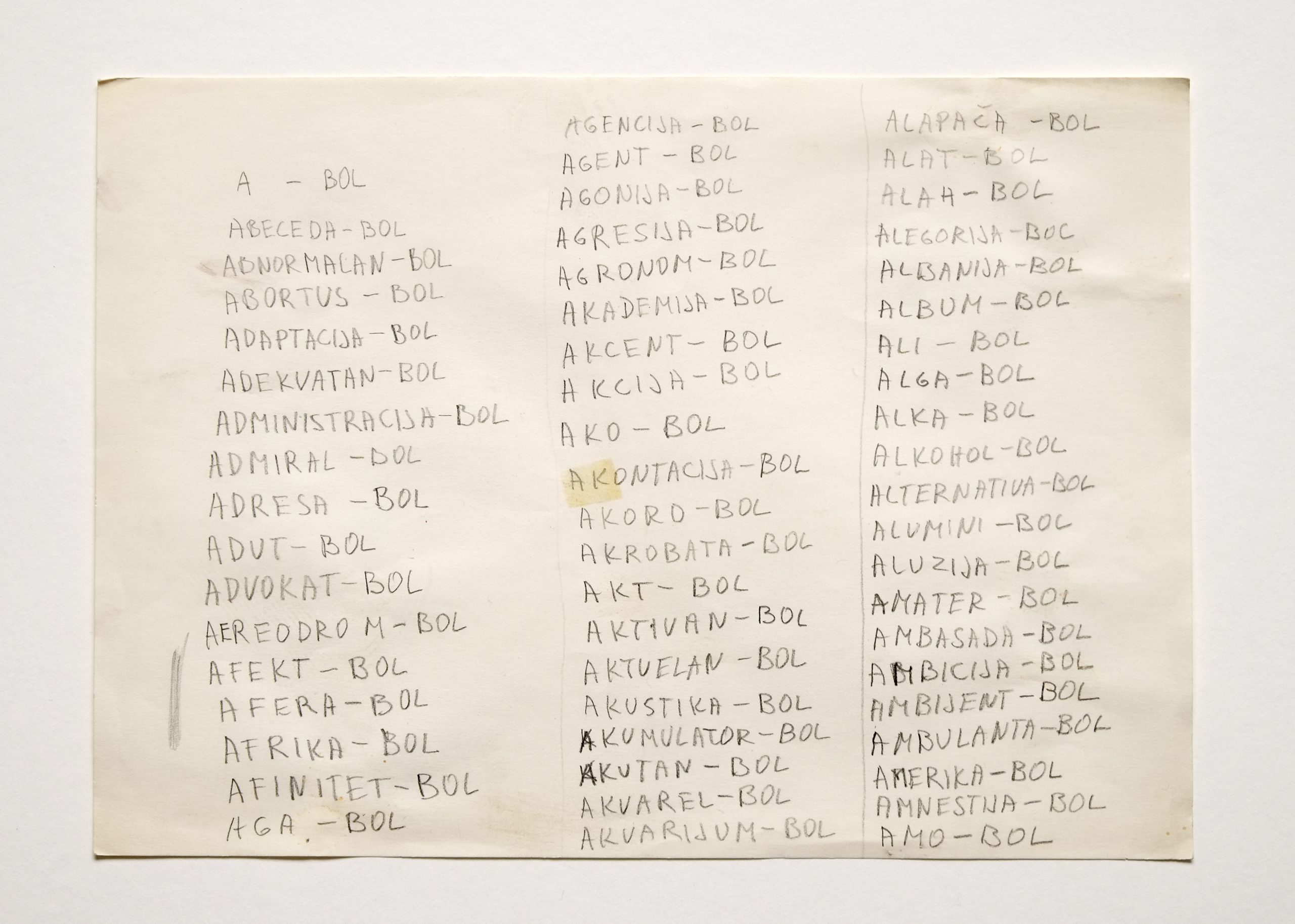 Mladen Stilinović (b. 1947, Belgrade, Serbia – d. 2006, Pula, Croatia) is one of the most significant representatives of neo-avant-garde art in Central and Eastern Europe. His work is nourished by Croatian artists from the previous generation such as Julije Knifer and Mangelos. Through his works, Stilinovic explores ideological signs and their social aspects. Using devices such as irony, paradox and manipulation, the artist criticizes the language of politics, institutional hierarchy within art, and the role of money and labor in society. Language is central in his aesthetics; he associates it with graphic signs and other visual references to historical movements, such as geometric abstraction. Stilinovic’s projects have assumed a variety of mediums such as painting, photography, sculpture, collages, and works on silk and ceramics.