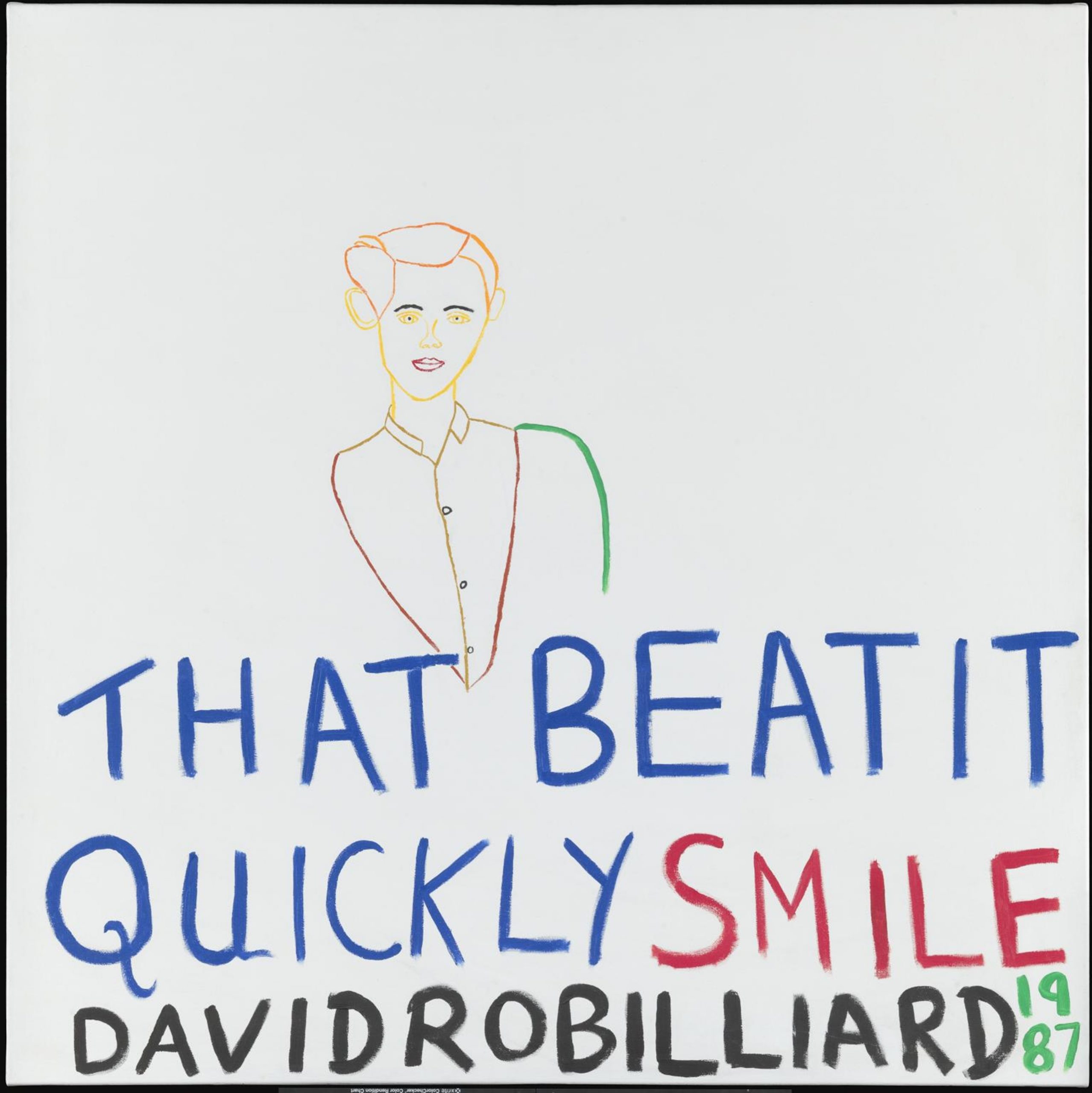 David Robilliard (b. 1952, Guernsey, Guernsey – d. 1988, London, UK) was a British poet and contemporary artist. After moving to London in 1975 he became integrated into the rich artistic and sexual cultures of the city. Robilliard did not have any formal training as a painter, but he had started writing poetry and making drawings in Guernsey. In the UK, he met the artist’s Gilbert & George in 1979 and enjoyed a close relationship with them throughout the 1980s. First exhibiting his work in 1984, Robilliard quickly developed distinctive linguistic and pictorial modes of working, called the “poem-paintings”. He died from an AIDS-related illness in 1988. He has been the subject of major retrospectives at the Royal Festival Hall, London (1992), Stedelijk Museum, Amsterdam (1993), and ICA, London (2014). His work could be found in the permanent collections of the Museum of Modern Art, New York; Tate Modern, London; Stedelijk Museum, Amsterdam and the Van Abbemuseum, Eindhoven.