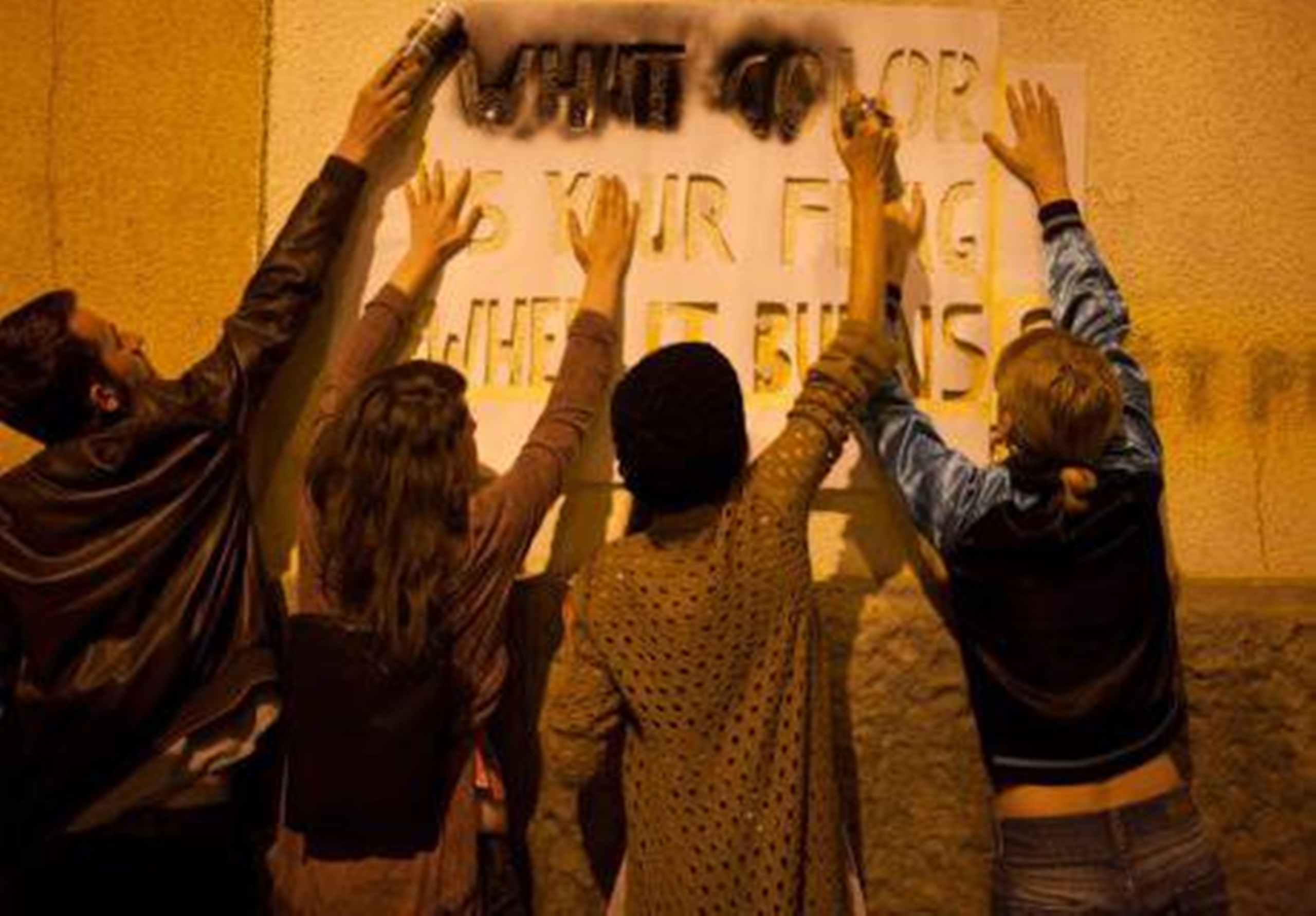 Founded in 2011 in Prishtina, Kosovo, HAVEIT is a collective comprised of two pairs of sisters (Alketa and Lola Sylaj, and Vesa and Hana Qena) who stage public performances to promote emancipation and to protest violence against women, social exclusion, and homophobia. Challenging gender inequalities and stereotypes, their actions include washing their bras and underwear in one of Pristina’s fountains or staging a public kiss between women on Valentine’s Day on the streets of Kosovo capital. For the Art Encounters Biennial, Haveit worked with the women rights organization Generație Tânără to gather names of women who were killed by their husbands and partners despite having previously reported domestic violence to the police. Through the biennial website and displays, the artists give visibility to the victims, encouraging debate about violence against women and systemic discrimination of women in the region. The list of names is not exhaustive, due to the data protection act, it only includes officially reported cases and names, which were previously published in media.

Haveit stencilling ‘What colour is your flag when it burns?’ © Matjaz Rust.