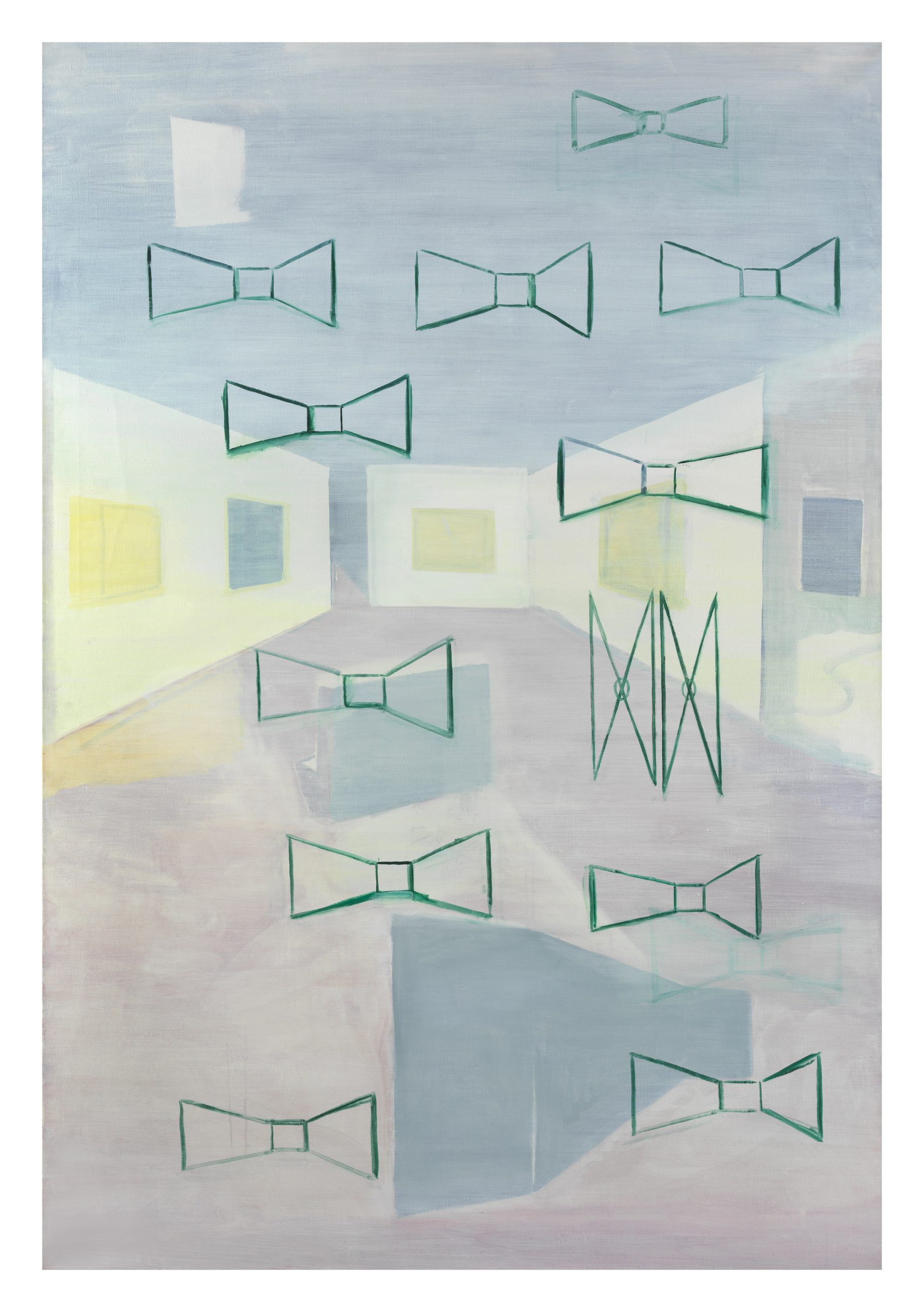 René Daniëls (b. 1950, Eindhoven, The Netherlands) is considered one of the most prominent Dutch painters of his generation. In his work he links art and its rich history to literature and everyday life, following in the footsteps of, amongst others, Marcel Duchamp and René Magritte. Ambiguity and double meanings play an important role in what he calls “visual poetry”.

He has exhibited regularly at home and abroad, until in 1987 at the age of 37, he was affected by a brain haemorrhage. All materials in his studio were housed in the Stichting René Daniëls and documented and preserved by the Van Abbemuseum. Since 2006, Daniels lives in his native city of Eindhoven and began to paint and draw again.