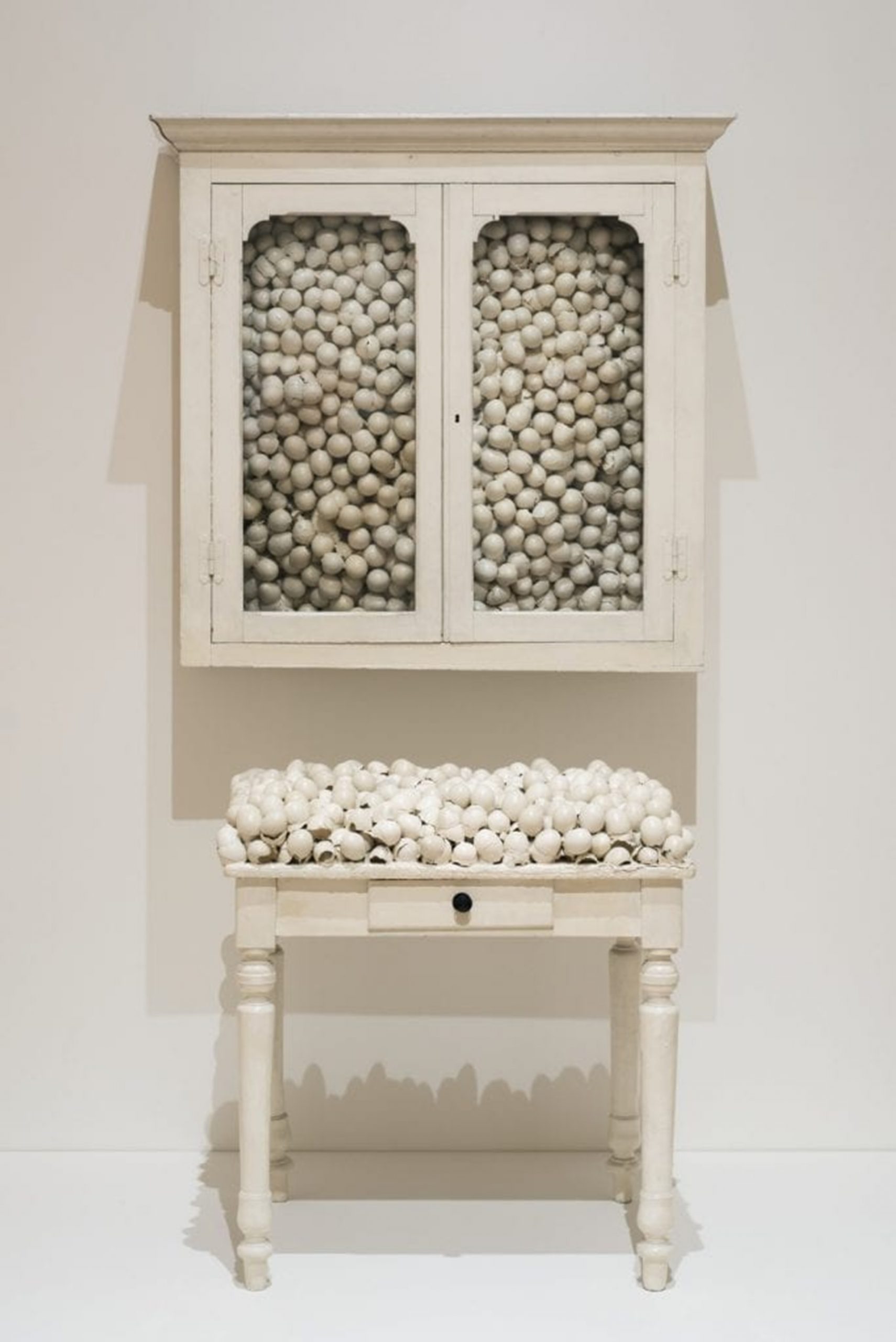 Marcel Broodthaers (b. 1924, Brussels, Belgium – d. 1976, Cologne, Germany). He began writing poetry at a young age, published his first poems in 1945, and by 1947 was aligned with the Belgian surrealists. Broodthaers experimented also with film, photography and journalism during this time. Broodthaers continued to write, struggling in near obscurity, for almost two decades before turning to the visual arts in 1964. “Pense-Bête”, Broodthaers’s first artwork, was a deeply symbolic sculpture comprising numerous unsold volumes of the artist’s poems embedded in a mound of plaster. A dramatic gesture of conceptual complexity and material restraint, “Pense-Bête” contains the essential artistic concepts that would drive all of Broodthaers’s subsequent work as a visual artist. Writing, both as a physical gesture and as a conceptual enterprise, is an elemental feature of Broodthaers’s sensibility, marked as it is by sharp wit and wordplay and an affectionate irony towards the conventions and institutions of contemporary art.